Be careful not to break this scren because Ltn160at02 have actually been discontinued from production and are pretty much no where to be found, not even in china (learned it the hard way). and some companies actually advertise them as LTN160at02, but send you different screen instead.

The reason they have been discontinued is really unknown to me. I tried to find it, but no one knows why that is.

Either way, the story goes like this. Customer dropped this hp-g60 laptop of, we ordered the screen and the new screen that arrived had completely different connector.

It was not regular type which connects into inverter and then to the screen itself.

The new type has a special ribbon cable attached to it and connects directly to the computer with no inverter. As I connected the new screen, it was working, however it was way too dim as if there was no inverter connected. Screen supplier claimed this was the right screen however not the right model.

So after going back with the screen supplier for about 2 weeks they have actually found correct screen and send it to me.

Now it is assembled back to normal and working perfectly! 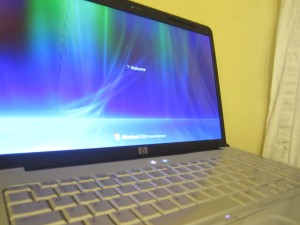 Conclusion:
if you break this screen on hp g60 and it happens to have ltn160at02 screen in it. Call Overnight PC Repair immediately at 877-938-8777 and we will take care of it for you very fast.
or
find supplier who claims to have it for sale. and best send your laptop to them so the can match and install correct screen for you. it will save you time and energy sending wrong screens back and forth.
another computer repair case study at www.overnightpcrepair.com – fastest  pc repair shop in santa monica!