So Saturday we were about to close down for the weekend, when I received a call from a lady complaining her Gateway desktop was acting up and running really slow. She has found us on Angieslist.com and claimed she called us because we had outstanding reviews (what a surprise that is). I don’t know how you can get a bad review anyway. Even if you fail to perform sometimes or you make a mistake and you apologize and fix it, I don’t think someone will give you a bad review. Bad review only happens, when businesses fail to perform as they promise, however charge for service and then abandon or ignore the customers. Well I want you to know that doesn’t happen at overnightpcrepair. That I guarantee you.

upon arrival our technician inspected the computer itself and quickly diagnosed Gateway desktop was running perfectly. The problem was elsewhere. it was in the internet connection itself. Since the lady was using wireless USB adapter to connect to the router which was in the other room. Pc technician thought perhaps signal was weak, but after some further tests, it turned out it wasn’t.

Upon getting physically closer to the actual modem/router itself and recognizing the infamous White colored Netgear 2 in 1 – modem and router. the one Time Warner Road Runner cable provides. It was pretty obvious what the problem was. See that is where 15 year long experience fixing computers comes in.  After doing anything for so long, you kind of develop this “sense” that allows you to know things that may not be obvious to the eyes of a beginner or rookie. I have had bad experience with Netgear routers not one time in the past and I(technician) knew immediately router/modem was at fault. 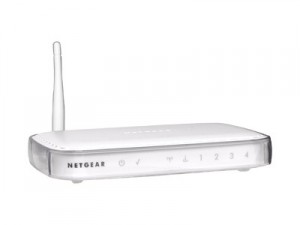 Then we called time warner cable so they can run some tests. they did and Road runner technician diagnosed it was netgear problem. They scheduled an appointment right away to come and inspect the unit.

My solution to the problem was: to replace 2 in 1 modem with a stand alone time warner modem (which they agreed to do) and install a separate stand alone router made by cisco (linksys). Job will be finished on monday. therefore to be continued…